Then I saw an angel coming down from heaven, having the key to the bottomless pit and a great chain in his hand. He laid hold of the dragon, that serpent of old, who is the Devil and Satan, and bound him for a thousand years; and he cast him into the bottomless pit, and shut him up, and set a seal on him, so that he should deceive the nations no more till the thousand years were finished. But after these things he must be released for a little while. Revelation 20:1-3

Now when the thousand years have expired, Satan will be released from his prison and will go out to deceive the nations which are in the four corners of the earth, Gog and Magog, to gather them together to battle, whose number is as the sand of the sea. They went up on the breadth of the earth and surrounded the camp of the saints and the beloved city. Revelation 20:7-9

And fire came down from God out of heaven and devoured them. Revelation 20:9

The devil, who deceived them, was cast into the lake of fire and brimstone where the beast and the false prophet are. And they will be tormented day and night forever and ever. Revelation 20:10

“Gog, of the land of Magog,… In the latter years you will come into the land… of Israel… like a storm, covering the land like a cloud, you and all your troops and many peoples with you… You will say, ‘I will go up against a land of unwalled villages; I will go to a peaceful people… to capture spoil and to seize plunder.’” Ezekiel 38:1-2, 8-12

“My fury will show in My face… There shall be a great earthquake…, so that… all men… shall shake at My presence. Every man’s sword will be against his brother. I will rain down… flooding rain, great hailstones, fire, and brimstone. Thus I will magnify Myself… in the eyes of many nations. Then they shall know that I am the Lord.” Ezekiel 38:18-23

Click on the sermon name to see the video.

Lawlessness from Coast to Coast

The Writing on the Wall 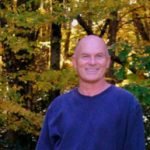 When You Hit Rock Bottom

It’s Hard To Be Humble

I’ll Meet You In The Furnace

Even If He Does Not

When You Don’t Know What To Do

If You Honor God

Living in a Messed Up World

What Moms Need Most

Finding Hope in The Promise of Reward

Finding Hope In the End-time Prophecies

Finding Hope in the Promise of the Rapture

Finding Peace With the Right Mindset

Preacher : Bob Bryant
Finding Peace in A Time of Crisis

Finding Peace As We Pray

Finding Peace in the Word Of God

Ask and It Will Be Given to You”

His Death in Israel

His Call In Israel

His Offer in Israel

His Arrival in Israel

Preacher : Bob Bryant
To Infinity And Beyond

Do You Hear What I Hear?