1 Kings 18:21 …Elijah said to all the people, “How long will you falter between two opinions? If the Lord is God, follow Him; but if Baal, follow him.” But the people answered him not a word.

25 The prophets of Baal…26…prepared the bull and called on the name of Baal from morning even till noon, saying, “O Baal, hear us!” But there was no voice; no one answered. Then they leaped about the altar which they had made.

27 And so it was, at noon, that Elijah mocked them, and said, “Cry aloud, for he is a god; either he is meditating, or he is busy, or he is on a journey, or perhaps he is sleeping and must be awakened.”

28 So they cried aloud, and cut themselves, as was their custom, with knives and lances, until blood gushed out on them.

29 And when midday was past, they prophesied until the time of the offering of the evening sacrifice. But there was no voice; no one answered, no one paid attention.

36 And it came to pass, …that Elijah the prophet came near and said, “Lord God of Abraham, Isaac, and Israel, let it be known this day that You are God in Israel and I am Your servant, and that I have done all these things at Your word. 37 Hear me, O Lord, hear me, that this people may know that You are the Lord God, and that You have turned their hearts back to You again.”

38 Then the fire of the Lord fell and consumed the burnt sacrifice, and the wood and the stones and the dust, and it licked up the water that was in the trench. 39 Now when all the people saw it, they fell on their faces; and they said, “The Lord, He is God! The Lord, He is God!”

Romans 1:20 For since the creation of the world His invisible attributes are clearly seen, being understood by the things that are made, even His eternal power and Godhead, so that they are without excuse,

Romans 5:8 But God demonstrates His own love toward us, in that while we were still sinners, Christ died for us.

« Good Father Part 4 Something for you…not from you »

Click on the sermon name to see the video.

Two Are Better Than One

The Man Who Went Along to Get Along

A Love Story Built on One Word

How to Read Your Bible

Pray for Forgiveness and Deliverance

Pray for That Day and This Day

Begin with Recognition and Praise

The Way Jesus Taught us to pray

More Christmas in a Bubble

Christmas in a Bubble

Me and My House

If Two of You Agree

It You Ask Anything in My Name

Lawlessness from Coast to Coast

The Writing on the Wall

When You Hit Rock Bottom

It’s Hard To Be Humble

I’ll Meet You In The Furnace

Even If He Does Not 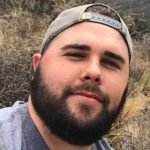 When You Don’t Know What To Do

If You Honor God

Living in a Messed Up World